The famed Fire Zouaves raised by celebrity Elmer Ellsworth had more than their share of mischief. Even after the death of Ellsworth, they were counted on to carry the field at the Battle of Bull Run. The 11th New York Volunteer Infantry Regiment was organized in New York City in May1861 as a Zouave regiment, known for its unusual dress and drill style, by Colonel Elmer E. Ellsworth, a personal friend of President Abraham Lincoln. Drawn from the ranks of the city’s many volunteer fire companies, the unit was known alternately as the Ellsworth Zouaves, First Fire Zouaves, First Regiment New York Zouaves, and U.S. National Guards. The unit was among the first to occupy a Confederate state when it captured Alexandria Virginia on May 24, 1861, less than 24 hours after the Commonwealth seceded from the Union.  The regiment suffered extensive casualties during the First Battle of Bull Run. Sent back to New York City in May 1862, the regiment was mustered out of service on June 2, 1862. There were several attempts to reorganize the regiment through the summer of 1863, and many new enlistees were involved in suppressing the New York Draft Riots, but those efforts failed and the enlistees were transferred to the 17th New York Infantry regiment.

Did they live up to expectations?  Find out the history and story of this celebrated unit.

Civil War Author/Historian — Patrick A. Schroeder was born January 1, 1968, at Fort Belvoir, VA.  In the spring of 1990, he graduated Cum Laude with a B.S. in Historical Park Administration from Shepherd College, Shepherdstown, WV.  He has a M.A. in Civil War History from Virginia Tech.  From the summer of 1986-1993, Patrick worked as a seasonal living history interpreter at Appomattox Court House National Historical Park.  In 1993, he wrote Thirty Myths About Lee’s Surrender, which is currently in its twelfth printing.   From 1994–1999, he was employed at Red Hill, the Patrick Henry National Memorial.  Patrick has written, edited and/or contributed to more than twenty-five Civil War titles including:  More Myths About Lee’s Surrender; The Confederate Cemetery at Appomattox; Recollections and Reminiscences of Old Appomattox; Images of America:  Appomattox County; Tar Heels; Sailor’s Creek:  General Custis Lee Captured with Controversy; Civil War Soldier Life:  In Camp and Battle; A Duryee Zouave; We Came To Fight: A History of the 5th NY Veteran Vol. Inf., Duryee’s Zouaves; Campaigns of the 146th Regiment New York State Volunteers; Pennsylvania Bucktails; The Bloody 85th; The Life of General Ely S. Parker: Least Grand Sachem of the Iroquois and Grant’s Military Secretary; Appomattox County; and With the 11th New York Fire Zouaves: In Camp, Battle and Prison.  Patrick resides in Lynchburg, VA, and has worked as an independent researcher, author, historian, and tour guide.  He has served as the Historian at Appomattox Court House National Historical Park since 2002.  In an effort to protect sites relevant to the Appomattox Campaign, Patrick has set up the “Appomattox Fund” with the Civil War Trust, to save land important to the climatic events of April 1865. 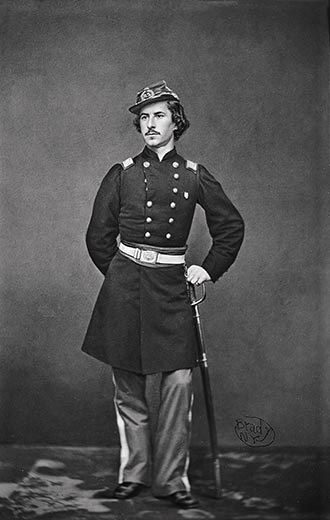