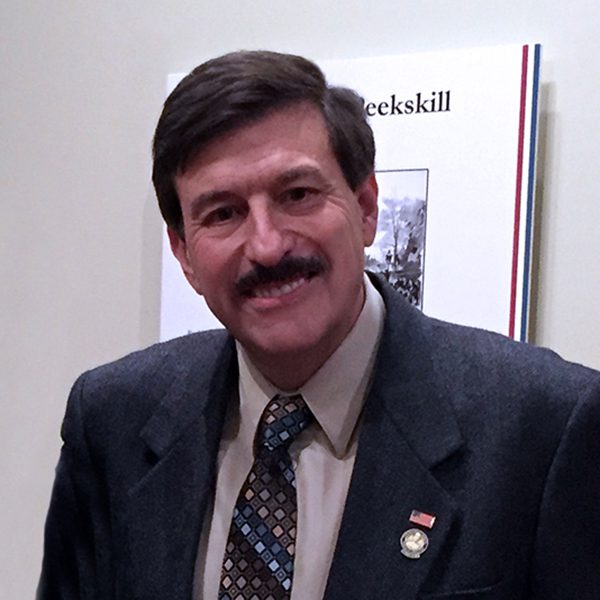 The Hon. John G. Testa served as the mayor of the City of Peekskill for three terms before being elected to his current position as County Legislator. A life long Peekskill resident, he also served on numerous nonprofit boards including two terms as President of the Lincoln Society in Peekskill, one of the oldest in the nation, and on the board of Westchester Community College.

Historic preservation and celebrating America’s history have played an important role in all of Testa’s adult life. He has served as a Revolutionary War reenactor with the 1st New York Regiment of the Brigade of the American Revolution for over 40 years.

As a Common Council Member and later Mayor of the City of Peekskill, he played a fundamental role in securing the property the Depot resides on and in getting the grants from the Empire State Development Corporation and the New York State Department of Environmental Protection that have financed its transformation. Now, in his role as President of the Lincoln Depot Museum Foundation, he is dedicated to not only completing the physical side of the project but to establishing a nationally-recognized organization that will sustain itself for the foreseeable future.

To learn more about Mr. Testa, go to http://www.johngtesta.com.

This entry was posted on Monday, September 12th, 2016 at 1:19 pm and is filed under . You can follow any responses to this entry through the RSS 2.0 feed. Both comments and pings are currently closed.