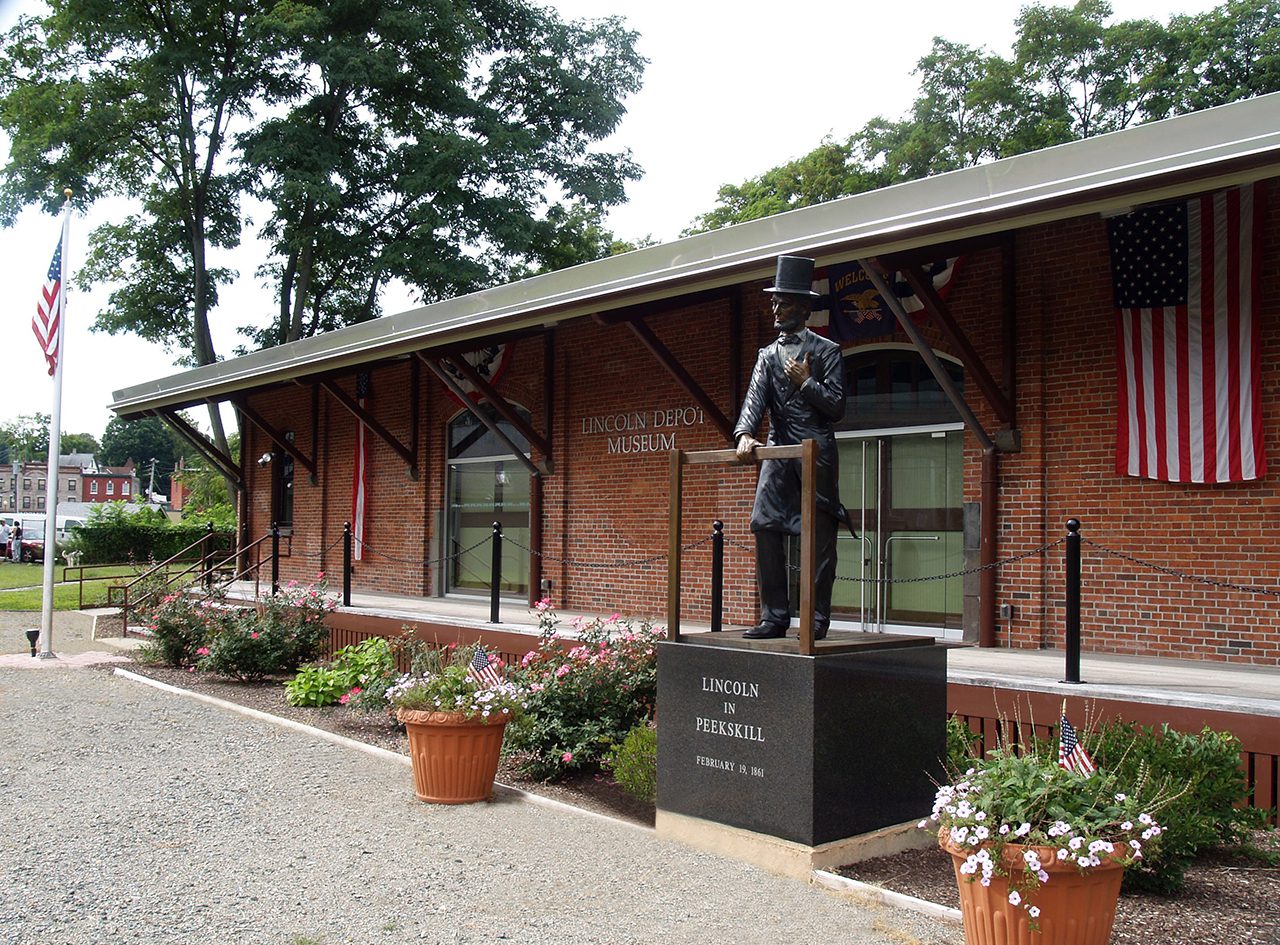 Located by Peekskill Bay on the east bank of the Hudson River, The Lincoln Depot Museum is a 3,000 square foot freight and passenger rail depot where President-elect Abraham Lincoln stopped to greet New Yorkers on February 19, 1861 during his inaugural train ride between Springfield, IL and Washington, DC.

New York State Governor George Pataki aided the City of Peekskill with a grant to restore the old rail depot as a museum. County Legislator John G. Testa, then the Mayor of Peekskill, steered a volunteer board of directors to incorporate The Lincoln Depot Foundation, Inc. as a 501(c)(3) non-profit organization established to restore the Depot as a museum that would illuminate and celebrate Lincoln’s relationship to New York and to New Yorkers before and during the Civil War. Remembering and recounting Lincoln’s ties to Peekskill has special resonance for those who treasure the history of the Hudson Valley as well as lovers of Civil War history.

The mission of The Lincoln Depot Museum is to explore, remember, and educate audiences about the place that our local history played on the national stage.

The exhibit, “New York and Abraham Lincoln: The Indispensable Relationship,” not only shows the impact of Lincoln to Peekskill and the Hudson Valley region but to New York as a whole. The importance of New York to Lincoln’s success will also be highlighted. It is the only such museum in the entire State of New York and has gained national attention and interest.

Since the acquisition of the historic building in 2003 and the formation of the Lincoln Depot Foundation in 2007, the goal of creating a museum and historic site has become a reality. With the help of a $3 million NY Environmental Protection Fund and NY Empire State Development Corporation grants obtained in 2007, thanks to then Governor George E. Pataki, the Depot Foundation has completely restored and renovated the original Peekskill Train Depot that was the site of President-elect Abraham Lincoln�s visit on February 19, 1861. The final phase of designing and creating the museum itself is now complete.

“We are proud of the result of our many years of hard work,” said Museum President John G. Testa. “There has been a tremendous amount of research, planning and collaboration to achieve this success. Although we faced opposition and setbacks at times, we were persistent and committed to making this dream a reality,” added Testa. Testa was the Mayor of Peekskill from 2002-07 when the building was acquired and the grants awarded.